Mr William Che, Lecturer of the School of Translation and Foreign Languages, delivered a public lecture entitled “Found in Translation: Common Mistakes in Chinese Usage” on 14 May 2022.

Towards the end of talk, Mr Che stressed that we should avoid over-correction in making judgement about mistakes in Chinese usage and should differentiate between ungrammatical and illogical structures. 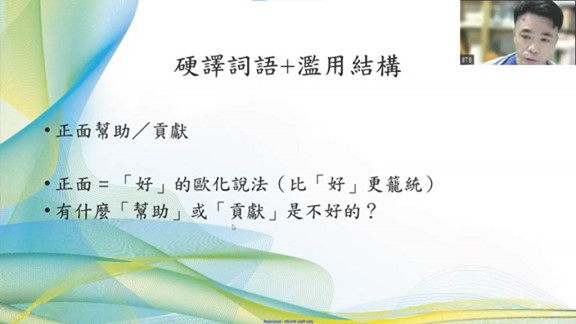 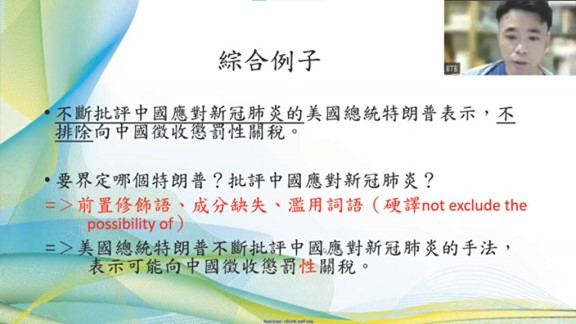