Mr. Alireza Esmaeil Zadeh, Consul General of the Islamic Republic of Iran in Hong Kong and Macao, delivered on 20 January 2022 an online public lecture entitled “Iran, Hong Kong SAR, and the Future”. As an activity of the College Assembly – HSUHK Liberal Agora and the second talk of the HSUHK Consul-General Public Lecture Series, the event was co-hosted by the Student Affairs Office and the School of Translation and Foreign Languages.

The public lecture began with a welcome speech given by President Simon Ho, who shared his experiences and encounters on his trip to Iran and encouraged students to visit the country when the pandemic ends.

Mr. Esmaeil Zadeh shared a number of Sino-Iranian collaborations, such as the Belt and Road Initiative and 25-Year Comprehensive Cooperation Agreement, to highlight the close tie between Iran and Mainland China or even Hong Kong. The Consul General said his main task was to converge the untapped talents and resources from both sides.

As cooperation between Iran and China increases, Mr. Esmaeil Zadeh believed that it would bring new opportunities to young people in both countries. He encouraged students to learn Farsi and study or pursue their careers in Iran.

In the Q&A session, Mr. Esmaeil Zadeh responded to questions raised by the curious students. He introduced the Iranian cuisine, history and culture, and tourist attractions, which helped the audience to gain a better understanding of the West Asian country.

Professor Gilbert Fong, Dean of School of Translation and Foreign Languages, concluded the public lecture by inviting Mr. Esmaeil Zadeh to hold an Iranian Food and Cultural Festival at HSUHK in the future. 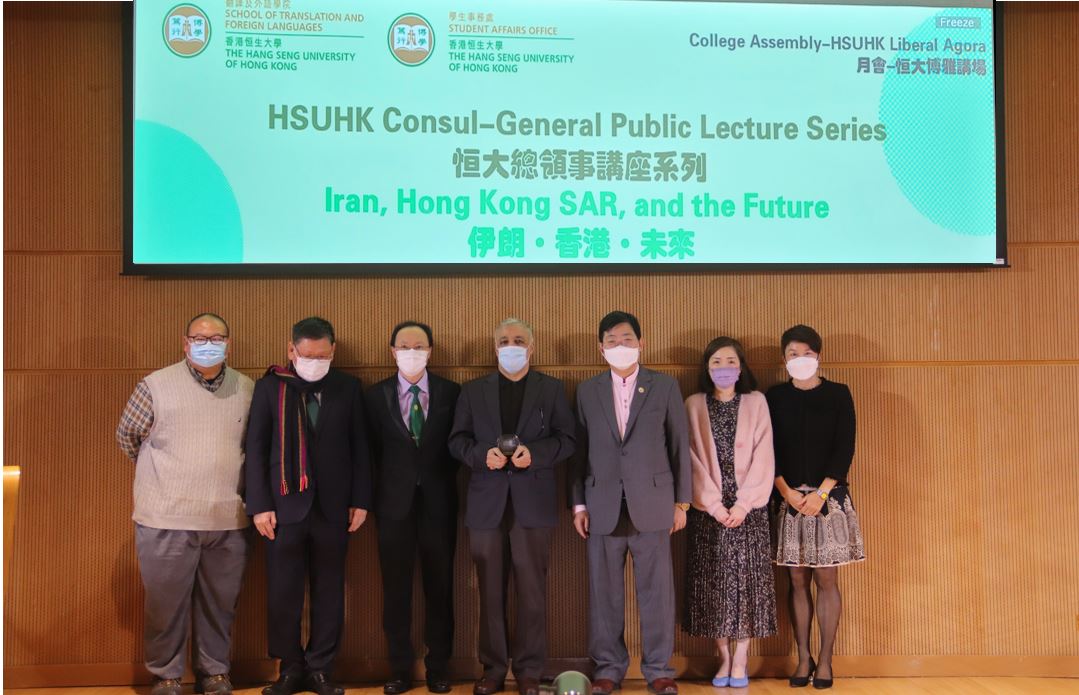