Mr. Tri Tharyat, Consul General of the Republic of Indonesia (HKSAR & Macao SAR), delivered a talk to HSMC students on 18 April introducing his country, its language and its culture. The HSMC Consul General Series is co-organised by the Provost’s Office and the School of Translation.

Indonesia’s population comprises over 300 ethnicities, speaking more than 700 dialects. During the talk, Mr. Tharyat introduced Bahasa Indonesia, the official language of Indonesia, and encouraged students to learn it since its pronunciation and grammar are simple and easy to follow, in addition to its widespread usage in the world.

Mr. Tharyat also introduced the different opportunities offered by Indonesia. He quoted GO-JEK, a mobile application developed in response to the unique environment of Indonesia, which offers various one-stop services such as point-to-point commuting and food ordering to the large consumer population there. He said GO-JEK was a good example not only of the plenty business opportunities on offer, but also of the way people’s livelihood is improved through information technology. Mr. Tharyat encouraged the students to nurture a creative mindset, to innovate and contribute to the global community. 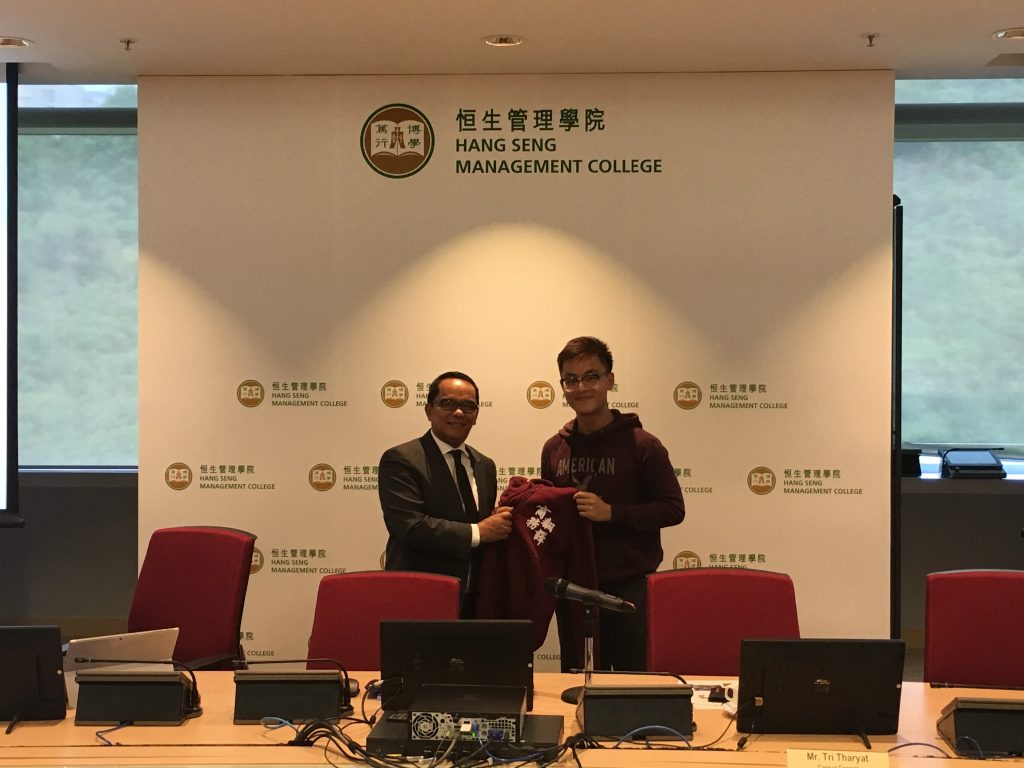 Mr. Tharyat receives a hoodie from a representative of the Students Association of Translation with Business 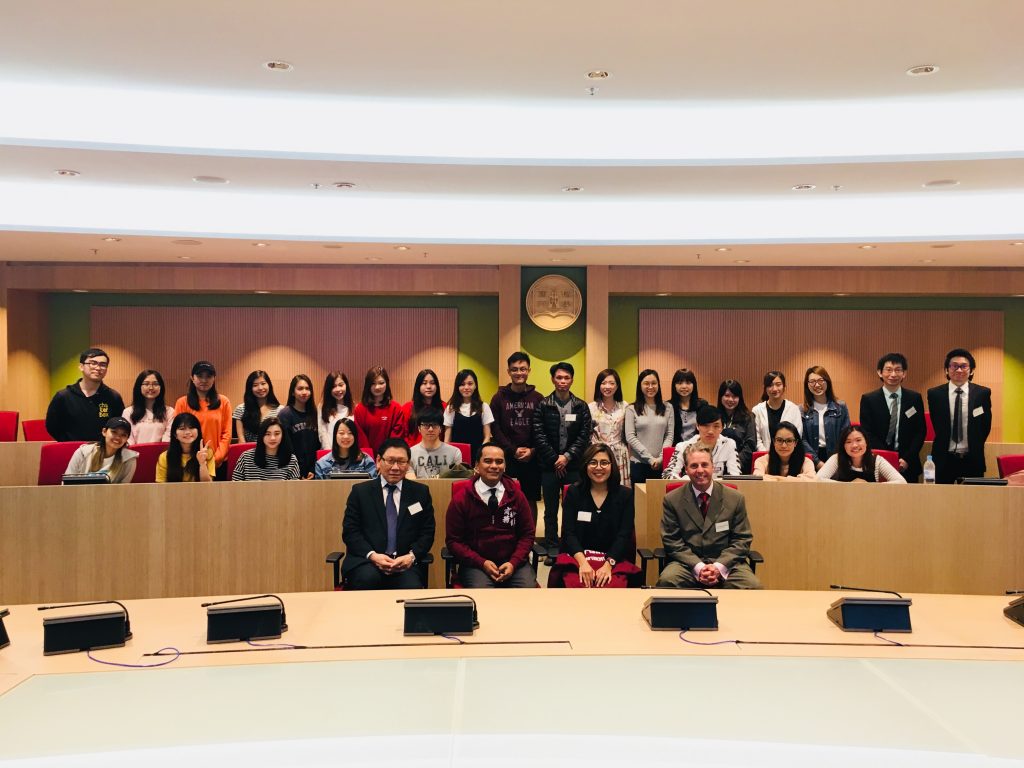 Photo of Mr. Tharyat, in the hoodie, with professors and students.