The second talk of the MA lecture series titled “What You Want to Know in Legal and Financial Translation” was held on 13 February 2017. The speaker, Mr Tsang Man Sang, is a former Senior Court Interpreter with the Judiciary of the HKSAR.

An extended reading to know more about Mr Tsang – an interview by the SCMP in 2013:
http://www.scmp.com/news/hong-kong/article/1202761/lost-translation-court-interpreters-daily-battle 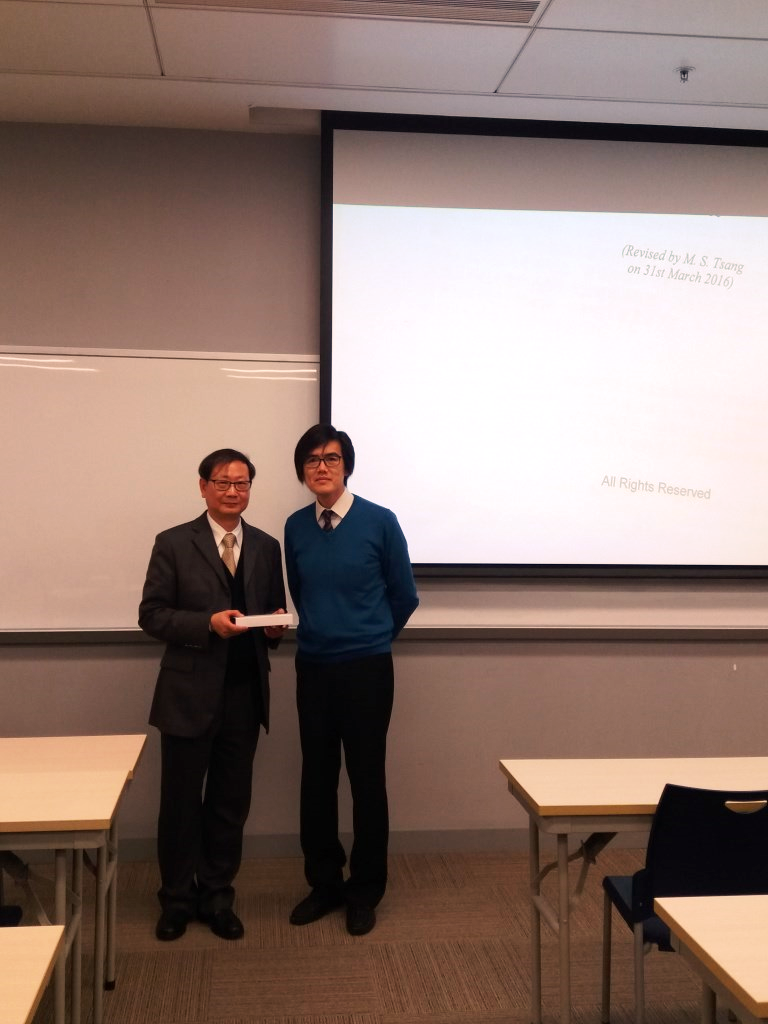